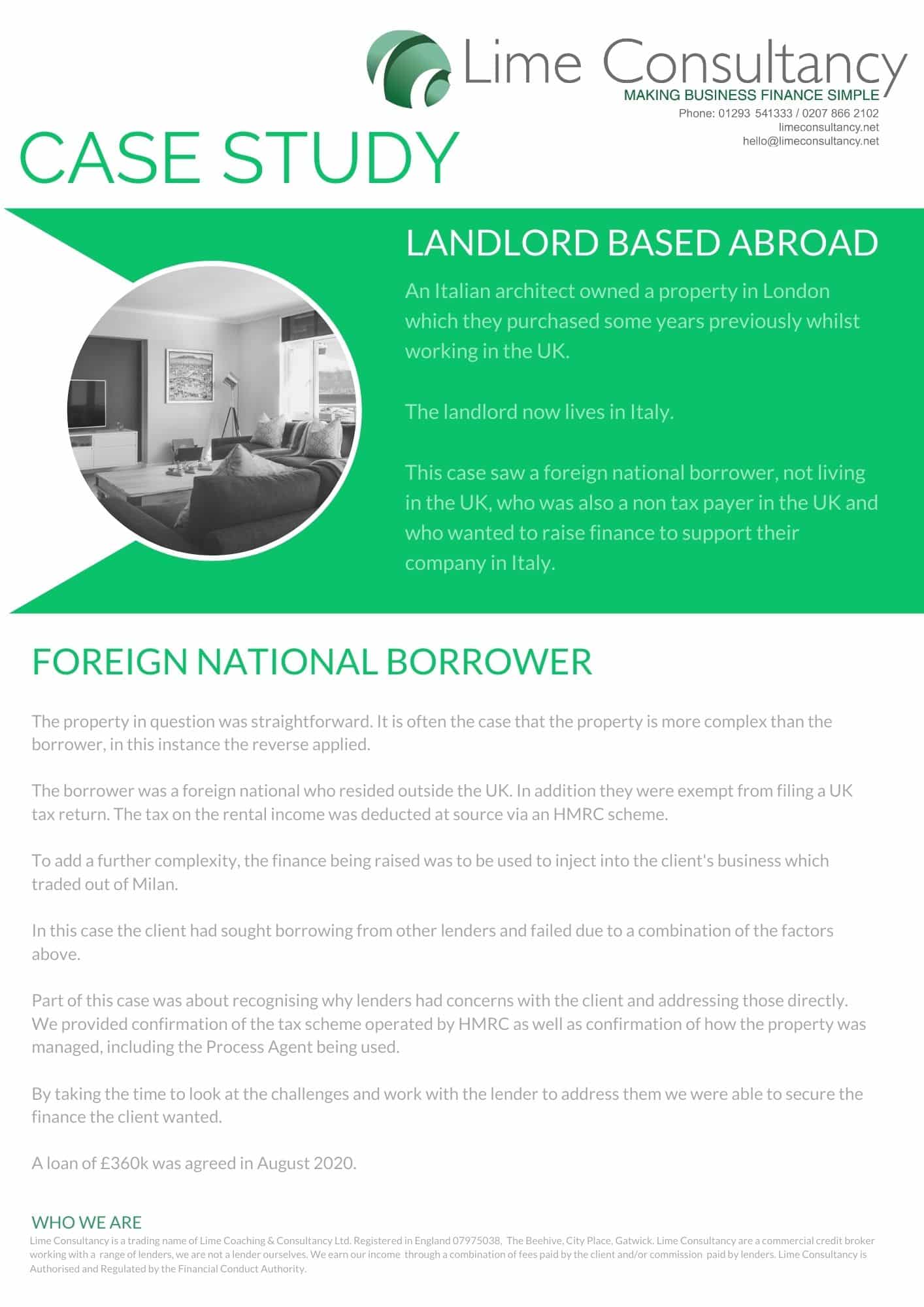 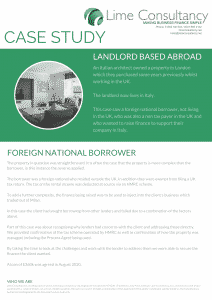 The property in question was straightforward. It is often the case that the property is more complex than the borrower, in this instance the reverse applied.

The borrower was a foreign national who resided outside the UK. In addition they were exempt from filing a UK tax return. The tax on the rental income was deducted at source via an HMRC scheme.

To add a further complexity, the finance being raised was to be used to inject into the client’s business which traded out of Milan.

In this case the client had sought borrowing from other lenders and failed due to a combination of the factors above.

Part of this case was about recognising why lenders had concerns with the client and addressing those directly. We provided confirmation of the tax scheme operated by HMRC as well as confirmation of how the property was managed, including the Process Agent being used.

By taking the time to look at the challenges and work with the lender to address them we were able to secure the finance the client wanted.

Fill out my online form.