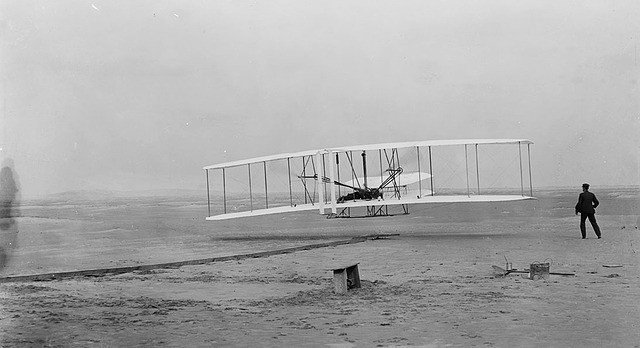 Let me break from the norm a little. Back in 1903 Wilbur and Orville Wright achieved the first powered flight. It was a real marker for engineering and for man taking to the skies.

Let me put that in modern times, that’s 1959 to today. In the grand scheme of things an awful lot has changed since 1959 but one thing has remained frighteningly constant.

What makes this more scary is that the small business is nearly always an early adopter of technology and efficiencies, just not when it comes to borrowing.

Whenever I question why the SME has been slow to react I come to the same conclusion. Again, this is something that hasn’t changed much since 1959, that being that lenders are notoriously bad at communicating and very protective over how they work. The second part of that summation is where it all goes wrong for the SME borrower.

Lenders like to keep how they work to themselves. They perceive this as the way in which they maintain integrity of their credit assessment, how they remain impartial in underwriting lending and how they protect their systems from being manipulated.

The problem is that this falls down because the borrower doesn’t know what the lender really wants. In turn the lender gets a proposal they cannot work with and both the lender and borrower fail to get what they want. In many cases I remain convinced that both lender and borrower could have done business together and both walked away happy had they communicated properly.

The analogy works in that the lender is using Gagarin level systems but asking for Wright Brothers standard of information. The SME is working like Gagarin but rolling things back to Wright Brothers because that’s what the lender wants. Neither Gagarin nor Wright could have flown the other’s aircraft, but somehow that is what is happening here.

The reality is that the lender wants something different but doesn’t know how to ask for it. Typically lenders are looking for different levels of information these days, with the advent of real-time accounting and tax reporting then what the lender wants is going to change. I fear that it may be another message lost and another chance for the borrower and lender to fail to work together.

To borrow successfully the SME needs to act a little differently, if you want to know what that means then please get in touch. I would rather talk you through things than watch a great business try and move backwards from space travel to primitive powered flight.